It happens to all of us. Every second someone gets locked out of their car, keys break inside the ignition, get lost or stolen. At Alohomora we specialize in fast, proficient and transparent car locksmith services to get our customers out of these difficult situations and back on the road within minutes. We offer the most extensive list of automotive locksmith services including, but not limited to car lockouts, broken key extraction, ignition repair, door lock repair, reproduction by code of any type of car key, push to start, fobs, key duplication, key replacement, key fob programming services and much more.

Our professional Portland auto locksmiths and technicians are highly trained, trustworthy, and reliable. No challenge is big enough and we are on a mission to relieve our clients from stressful circumstances with their cars — FAST. And easy. Alohomora proudly specializes in servicing the automotive locksmith needs of individuals, commercial vehicle fleets, and local Portland car dealerships alike.

Our car locksmith technicians are available on call or by appointment anywhere in Portland, Oregon and Southern Washington from 7:00 am to 11:00 pm, 365 days a year. Our certified automotive locksmiths will rush to you to assess and resolve your situation as soon as you call. Tell us your problem, we are the KEY to your solution! 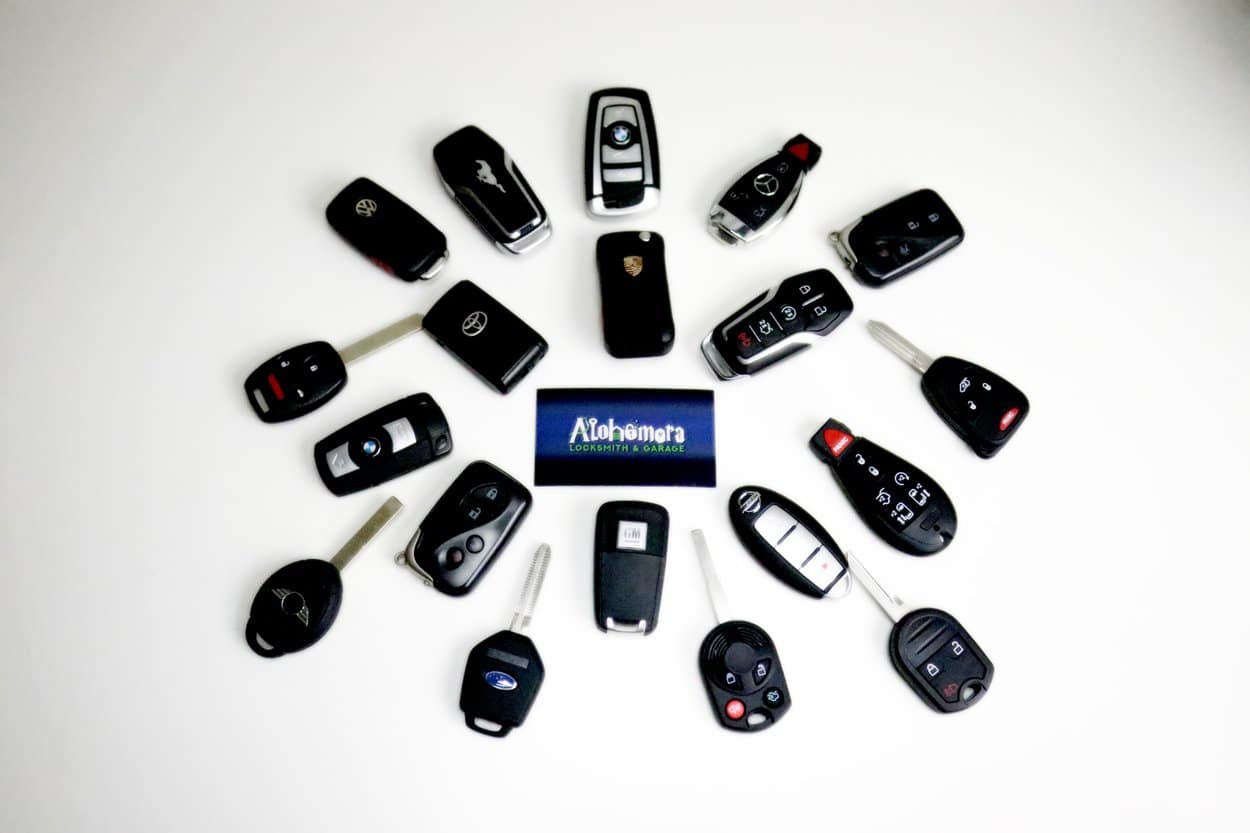 Have you ever lost your car keys? For those who have you understand how bothersome it usually is. Losing your keys means no transportation and no way of getting to your work, school or anywhere else. You can fix this issue by calling a reliable Portland, Oregon automotive locksmith to replace your car keys right away.

Dealership costs can be excessive for replacement car keys and key programming, therefore, it’s far better to get in touch with a neighborhood automotive locksmith. We can supply you with much lower rates, along with faster turnaround times additionally, the equivalent or better quality keys. Regardless if you drive a Chevy or Lexus, this consistently remains true.

We offer key replacement and key fob programming for most Makes & Models including: